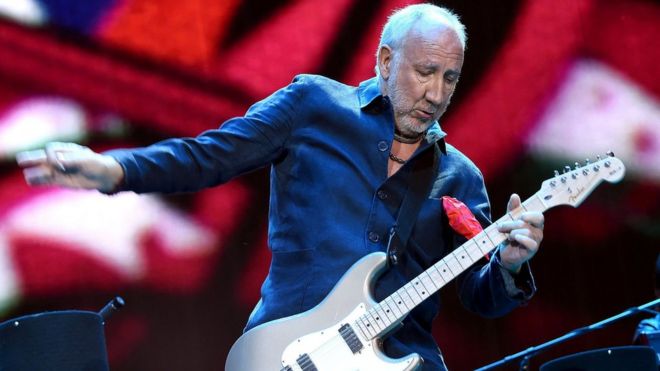 Move over, Pinball Wizard. The Who’s rock opera Tommy is getting a new song.

Guitarist Pete Townshend has written the “torch song” for a new touring production of his musical, which opens at the end of this month.

The show, based on The Who’s 1969 concept album, tells the story of a young boy who is so traumatised by his father’s murder that he chooses to stop communicating with the outside world.

It will be performed by Peter Straker, who plays prostitute and drug dealer the Acid Queen.

“I’m quite elated about,” Straker told the BBC during a break in rehearsals. “To have a new song in it is a great honour – I hope I can do it well.” 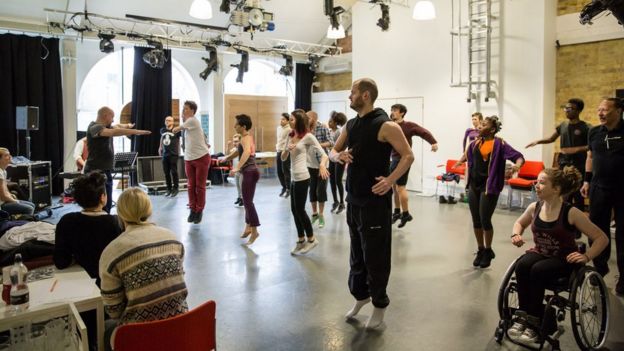 The cast of Tommy in rehearsals

The actor and singer appeared in the original West End production of Tommy back in 1979, in the role of the narrator.

“The Acid Queen is a shaman-like character, a very powerful figure,” Straker explained.

“But in Act Two she hasn’t healed Tommy and the song deals with how you deal with fame when it’s faded.”

In the 1975 film version of Tommy, the Acid Queen was played by Tina Turner, with Elton John as the Pinball Wizard and The Who’s Roger Daltrey in the lead role.

The Tommy tour features a cast of deaf, disabled and non-disabled actors from the Ramps on the Moon theatre project.

Townshend said: “When I heard that there was a new planned production of Tommy, I was pleased of course.

“But when I heard they planned to do a production featuring actors with disabilities of various kinds, that will actually throw new light on the original story, I became very excited.

“This is a totally new adventure, and really does refer back to my original story in which a young man, disabled by extreme trauma, finds his way to some kind of spiritual place because he can FEEL music. I can’t wait to see it.”

“I remember people at the Queen’s Theatre complaining that it was too loud. But it is a rock opera – that’s the idea of it!”